- That all things being equal, starting the day with a 36 minute 8k run is a good way to go.

- That the fact that I'm typing this while I'm on hold shows that technology is a wonderful thing.

- That the reason I'm on hold has to do with my 90-year-old Grandmother wanting an iPad completely noted my mind.

- That my other technological wonder is my new Nike+ GPS Sportwatch. I won't rave too much, but suffice to say that the Wife is lucky this thing wasn't around when I married her - it would have been a tough choice.

- That the sunnier it gets, the less I want to work.

- That after going out for wine with the Sidekick and his parents, I've realized that I can be outdrank by a small child, and that a hangover reduces me to a useless heap.

- That as someone who works in customer service, I believe that cleavage is a distraction that women employ to get whatever they desire. And they do it because it works.

Semi-Nude with My Mistress in the Garage.

For those of you who've never read anything I've posted previously, and have only stopped here because of my captivating title, you're going to be very disappointed, very, very fast.

I'm using the term "mistress" as I've used it before, and not to mean some sultry babe who is just waiting to shower me with her affections.

You see, we just got a treadmill.

I know that some of you couldn't care less about treadmills - and at this time of year, I don't really either, as the majority of my runs are done outside. However, the opportunity arose to buy a treadmill reallllly cheap ( my sister had one and she's moving - it's barely used and I got a sweet deal on it.) and since my Wife is not the outdoors-type guy that I am and would like to have a chance to get some exercise in while in the comfort of our home, I couldn't pass it up. (Somehow Netflix is something she feels is necessary to achieve her fitness goals.)

I picked up the treadmill last night, but just shoved it in the garage until today. This morning I got it positioned, plugged in, and decided to give it a test run. I put my gear on, threw some Foo Fighters into the sound system and hopped on.

...and hopped off again right away.

Much like a regular mistress, this one needed a bit of fine-tuning before I could see what she could do - I should have known that you can't just jump on and go anymore - this isn't high school after all, right? After perusing the instruction manual I tightened the belt, adjusted the rollers and everything was as smooth as glass.

It wasn't a bad run - just a nice and easy 5k to see what it was like, but there was one thing I didn't think about - it's July, it's hot, and I'm in my garage.

Holy shit did I sweat a lot.

If you recall, I'm a sweater when I work out. But the sheer volume coming off me as I ran was amazing even to me. The thinking man would have cracked a window or door before starting, but I believe we've established that I'm only a thinking man part-time, so we shouldn't be suprised that I didn't.

What I did do was something I've never done before, and will probably never repeat unless I'm locked once again in my garage, away from prying eyes.

I took off my shirt.

Let me make a few things clear on the subject of shirt removal and exercise:

But holy shit, was I hot. Sure, I could have stopped, but I look at anything less than a 5k run as giving up. If I can't spare 24 or so minutes of my time and my legs aren't broken, why stop?

So I took off my shirt.

Suddenly I wasn't just running any more - I was part of the primal hunter group. I wasn't striding on a treadmill in my garage with shorts on - I was bounding across the plain, chasing buffaloes through the tall grass, clad only in a loincloth and waiting for the opportune time to hurl my spear.

I'm lucky my water bottle was out of reach or I may have ended up chucking it at one of the kid's bikes.

I can now see the fascination of running shirtless. despite what the garment industry says about technical fabrics and their wicking abilities, it's a huge temperature difference without a shirt and feels much cooler. It's also very freeing, and just feels natural.

Will I ever do it while out for a run on the Seawalk? Hell no, but in the sheltered comfort of my own home, it just may be possible.

For those of you who don't recall, I work out in a very rural area.

There's this guy that comes into the store every day or two and he's always wearing the same thing.

The picture I've attached isn't it. There's no image I could find on the Internet that would do it justice.

I'm not sure if the shirt is store-bought or homemade, but it's an eye-catcher to say the least.

Just so you know, this isn't some 20-something hipster being all cool and ironic. This is a 60 year-old guy with faded jeans, black cowboy boots, and a folded up Buck knife on his belt. There's nothing ironic about it.

I'm tempted to ask him about it - but he is carrying a knife, after all.

If he thinks I'm making fun of him, the next thing I know the "clean-up in the Dairy Aisle" is me.

- That running with a cold turns my nose into a snot faucet and enables me to hock loogies of gargantuan size.

- That I should have warned you not to be eating lunch before making that previous statement.

- That the most thankless job in any household is being the guy who always changes the empty toilet paper rolls. That's how chaos starts, people.

- That Lululemon capri tights and Nike Free shoes should be standard requirement, clothing wise, for women at my gym.

- That it worries me when I make a sly double-entendre joke to my wife, and my 10 year old goes "I understood that, Dad - you're gross."

- That with Tornadoes in Oklahoma, Floods in Alberta, and all the other nasty shit that's going on in the world,  I figure I better start going to a couple different churches.  Maybe Buddhist and Anglican, with the odd mosque visit thrown in. Seems like shit's getting biblical out there, and I'd like to hedge my bets.

- That on certain days, I think the decision to cut back to only 5 travel mugs of coffee a day was unwise. 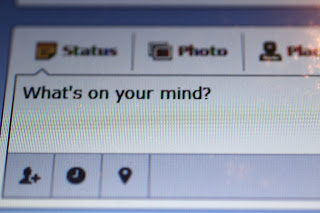 
Now that you're all up to speed, maybe I can find the time to update this place a bit more often - four months between posts is a little long....

As you may have heard, Canada has started phasing out the Penny from use. It took effect on February 4th, and I thought I'd wait a couple of weeks before I commented on it.

Now, I work in retail, and there has been various responses to the change from our customers.

The majority of people don't pay in cash anyway, and of those who do, the majority doesn't care about the one or two cents they may be gaining or losing per transaction.

However, there are people who think we are stealing their life savings from them, one red penny at a time.

They howl about whether it should have been rounded up or down (we've got the government guidelines posted beside each register) and say that it's some sort of conspiracy to make our money worthless. I had a lady say that taking away the penny will make future generations bad at math. (Someone please explain the thought behind that to me.)

The irony of it all is that at the end of January these were the same people who would have gladly chucked 4 pennies into the "Have a Penny, Take a Penny" pot beside the register - they'd complain about pocketfulls of pennies then, and now they mourn the the fact that they only get silver back when completing a transaction.

I'm glad it's going away - the fact that the government was losing 11 million a year producing it was a kicker - not that I think they'll spend it any wiser, but you know what they say - "A penny saved is a penny earned."

See?  Round that up to a nickel, and we're really making money! 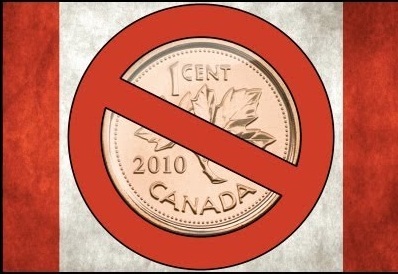 That relationship is with my body and the food it craves.

With training for the Comox Valley Half Marathon I find I'm constantly hungry. Nothing wrong with that, right?  Food is fuel, and the body needs fuel to work efficiently.

The problem is that I keep filling my tank with old-fashioned leaded gas instead of premium, high-octane fuel.

Basically, I'm eating like shit and I know it.

I can get my head around it - I've done it before, but this time feels like more of a struggle than previous times when I've had issues with food.

When you think of a guy with his jaw wired shut and go "He's got it easy." you know you've got to address it.

If you happen to come across a guy in a staring contest with a donut and losing, don't worry.